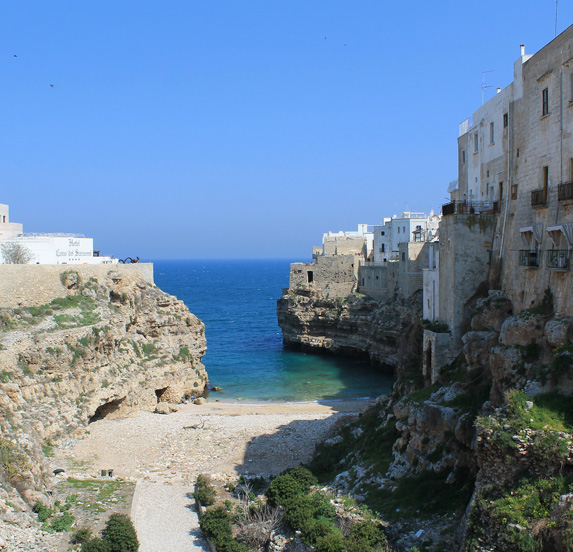 The “Pearl of the Adriatic“, as it is often called, is characterized by a crystal clear sea and spectacular rock cavities, a combination that creates a wonderful scenario. The coast, in fact, from Grotta Palazzese to Lama Monachile, is one of the most beautiful in Apulia with its sandy and hidden coves.

The city was the birthplace of Domenico Modugno, a singer who became famous with the song “Nel blu dipinto di blu”.

The old town is full of Spanish, Byzantine, Arab and Norman traces like the four defence towers that used to introduce to the ancient part of the inhabited area.

The village is accessible through the Arco della Porta that was once the only road access to the town, and allows you to appreciate the Mother Church, a former Cathedral of the Blessed Virgin of the Assumption.