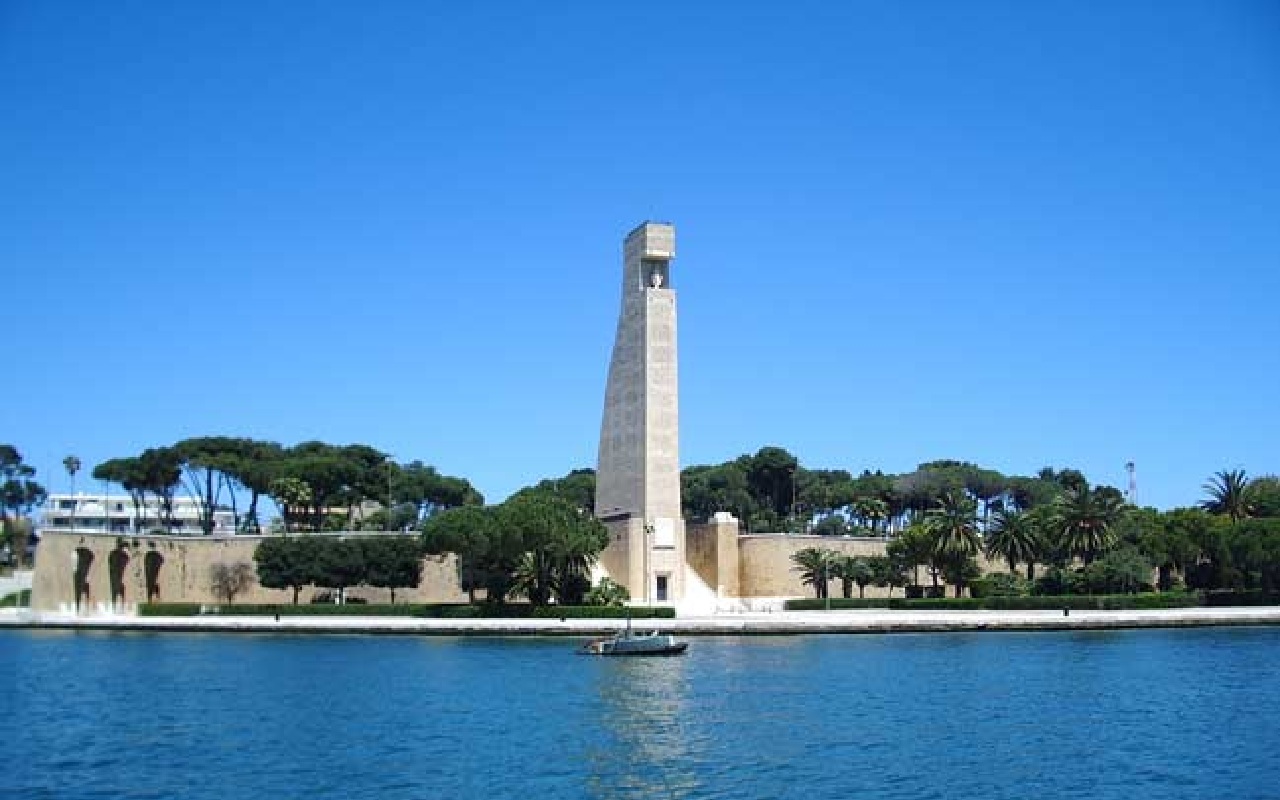 Brindisi is characterized by the natural harbor in the shape of a deer’s head that overlooks the Adriatic Sea. Over time the internal docks have been transformed into a charming waterfront, full of restaurants and clubs, and link the old town.

The symbol of the city are the Roman columns at the end of the Via Appia, a reference point for sailors and reachable by walking on famous Scalinata di Virgilio.

Arriving on the island of St. Andrew, facing the harbor, there is the Aragonese castle Forte a mare immediately recognizable thanks to the red color of its stones. It comes with the Swabian castle, built by Federico II as a fortified residence for the garrisons.

In Piazza Duomo you can admire the Loggia del Palazzo Balsamo, the porch of De Cateniano and the Provincial Archaeological Museum. Not far from the center, however, you can reach the old San Pietro degli Schiavoni district, where you can appreciate the ruins of the roman part of the city with the remains of old houses and a spa complex.