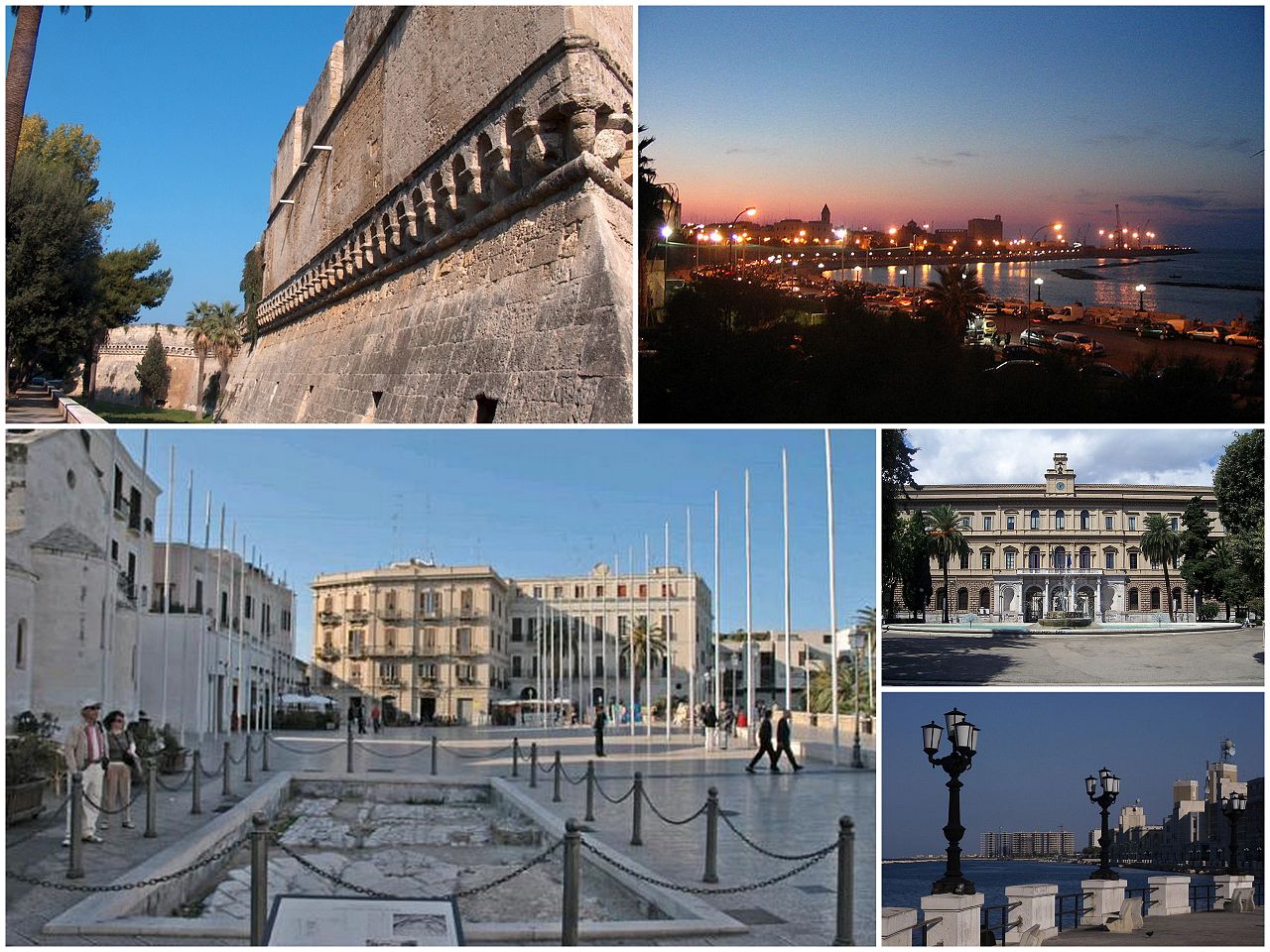 The apulian capital is the first municipality by population, the third in the South and the ninth in Italy. The entire metropolitan area, however is the sixth most populous in Italy after Rome, Milan, Naples, Turin and Palermo.

The basilica is one of the favorite centers by the Orthodox Church as it houses the relics of St. Nicholas, the patron saint.

The port of Bari is the largest port in the Adriatic sea, it has a long commercial tradition and has always been a key point in business and in contacts with the Middle East and East Europe.

Every year since 1930 there is the Fiera del Levante in Bari which houses about thirty international events including exhibitions, conferences and events.

Recently, Bari became the place of the Secretariat for the Pan-European Corridor 8.

Over the centuries the city has collected a remarkable architectural heritage, and besides the great basilica dedicated to the patron saint St. Nicholas and the Cathedral of San Sabino, there are stately buildings such as the Teatro Petruzzelli, Teatro Piccinni, and Palazzo Fizzarotti.