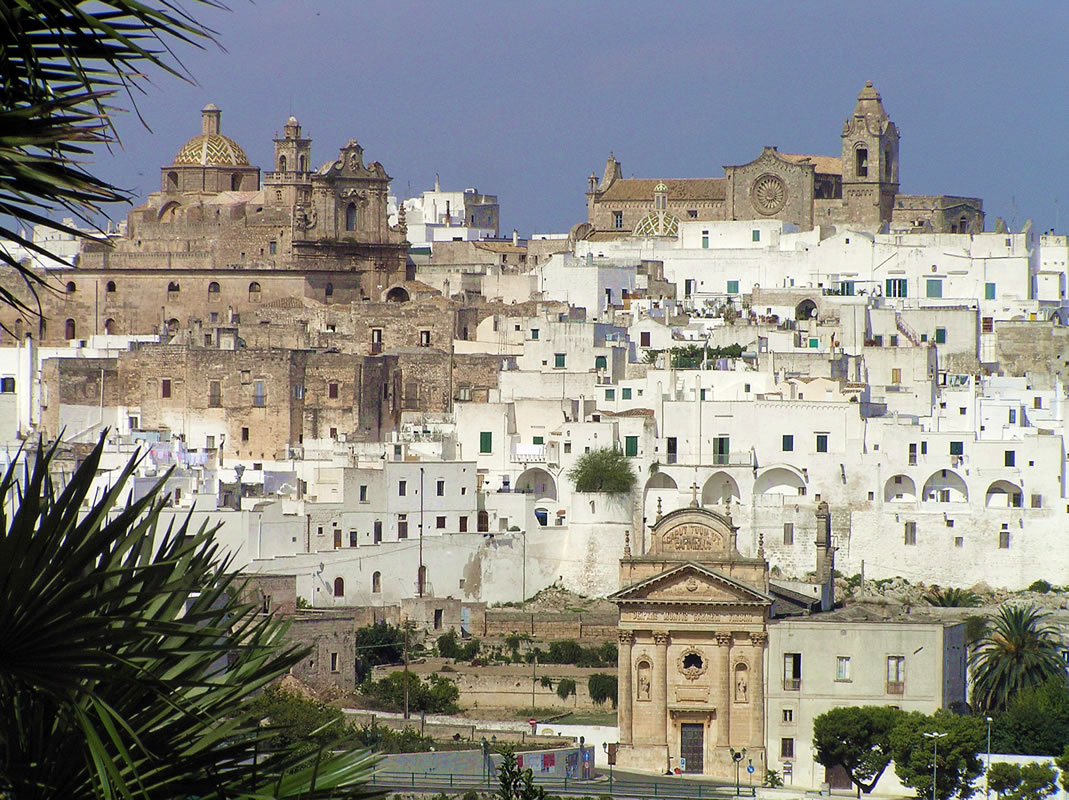 Ostuni, the White City, is known for the historical center mainly painted with white lime. It is located in the southern Murgia, on the border with Salento.

From 1994 to 2015 he received the Blue Flag and five sails of Legambiente for the quality of services offered and the cleanliness of the waters of its coast and gave Ostuni the title of the city with the cleanest sea in Italy. Since 2005, the Apulia Region has officially entitled the town as a tourist place.

At the top of the highest hill there is the Basilica Minor, whose facade has three elegant passages each surmounted by a rose, the middle one has to 24 rays, it’s very particular for size and wealth of carvings.

Churches and stately homes are held in the old city surrounded by the Aragonese walls where there are Porta Nuova and Porta San Demetrio.

The rest of the territory, however, is characterized by farms, many of which have been converted into holiday cottages and luxury resorts.